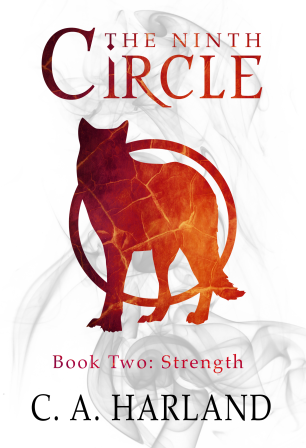 The trinity is broken and the Morrígan — the triple goddess of war — is banished, or so Tala Morgenstern claims. But the reappearance of an old enemy brings with it the realisation that their troubles are only beginning.

With the death of a Ninth Circle lord on their hands, and the forces of hell gearing up for an even greater assault on the land of the living, the Morgenstern sisters are by no means safe.

Tala must face the reality of her heritage as the daughter of a demon king, but the battle for her own humanity is just beginning. And all the while the goddesses of battle are clawing their way to Earth, ready to possess or destroy whatever they find. Rising forces from the underworld threaten to tear the sisters apart, for a king of hell is coming for blood, and the Morrígan won’t wait forever.

Tala Morgenstern lives for the hunt, embracing her heritage as a demon hunter. When her younger sister, Hartley, disappears while on the trail of her long-lost father, Tala must seek the help of her other sister Aiva, who has turned her back on the underworld of magic and hunting. Suspecting demonic involvement, Tala and Aiva race to find Hartley before she can be claimed by hell.

Their search takes them deeper into the bowels of Dublin’s criminal underground, where the gangs are led by demons, and the currency is souls. With each Circle of hell bringing new dangers, and new revelations about their own place in the demon hunting world, Tala and Aiva have to rely on each other if they are to stand a chance of fighting their way to the Ninth Circle, and the demon lord who is waiting for them. 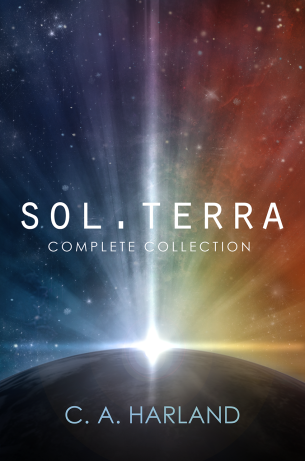 After a devastating attack by the Agroaki Battle Fleet, planet Earth finally agrees to ally itself with the Intergalactic Union and becomes known across the universe as designation Sol.Terra.Pia, a Terran girl, desperate to get off-world, bargains her way onto a Union bounty hunter’s ship to get a ride across the galaxy. Cal, the ship’s pilot, from the planet Lomara, isn’t so keen on rounding up illegal immigrants as he is trying to uncover the biological link that connects more than half the Union’s registered species’, including humans. Together the pair discover that the secrets of life in the universe go far deeper than either could have imagined.