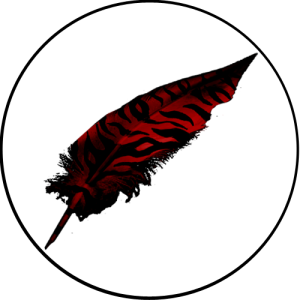 It was around the time the birds started hatching that I knew there was going to be trouble. Despite having to shift premises almost every night, Silk still managed to draw a crowd. We had a new batch of aphids’ honey coming in, and sales on butterfly dust were on the rise. Yes, things were going well for this club of mine, but there was a problem that none of us had anticipated.

See, sweet, naive things that we were, we had no idea what was really waiting out there with the rise of spring. And here I thought that my biggest concern was keeping the cops off Silk’s trail.

The first time Silk’s roof was torn off was the middle of a show. Cicada was singing a crowd favourite, and my moths were keeping the clientele plied with drink and company. Claws pierced the ceiling, tearing through the webbing and peeling the club open like a flower bud. Honey spilled across the floor and Cicada’s song was drowned in screams as the beak came down. Three of my customers died that night. And it took all the butterfly dust I had to make the rest forget what they saw.

There wasn’t enough butterfly dust in the woods to make me forget.

Three more times we were attacked, and that’s how I came to be standing in the centre of a papery framework I swore I’d never visit.

The drones admitted me to the central chamber, a vast, dry space, with walls like tree bark. I paused in the centre to look up at the hive’s ruler. She had a thorax like a pine cone and a waist like a flower stem, but I knew queens were all the same. Trouble.

“Hornet,” I said, with the barest inclination of my head.

“Widow,” her reply was equally curt. I chanced a smile. The gauges I had seen on the hive’s exterior were no coincidence. She had faced the birds too. But unlike Silk, the hive had stood up to their assault.

“I come with a proposition,” I continued. “The birds have grown in number. Their attacks have increased, and with no sign of slowing. I propose an alliance. Your army, with what army my connections can bring. We take on the birds together and reclaim the woods once and for all.”

Hornet laughed. “And no doubt you would argue that whatever territories you fought for, would be yours at the end?”

I shrugged. “Why not? We could split the land between us. You’d gain even more control than you have already.”

“Or I could wipe out the birds myself and take the whole woods. Including your little club.”

Now it was my turn to laugh. “You can’t win this by yourself. The winter has not been kind to you either, Hornet. Until your children hatch, you’re outnumbered. You need my help.”

The queen sat back on her throne. “Two days ago Councilman Centipede was in here with the same request. He promised me Silk and all its trade.”

I held down my sneer and offered her a smile instead. “Then accept. Let the Councilman bring his troops, and at the end I’ll see that his title becomes yours.” Centipede was a regular at Silk. A little extra bee venom in his drink and he’d never make a deal again.

Hornet rocked with laughter. You spiders, so quick to kill anyone in your way.”

The queen chuckled at that. “You have a deal, Widow. Bring me an army, and I’ll destroy the birds.”

It was three days before I returned to the hive. Just enough time to drug, threaten, and coerce every forest leader into lending their aid in the bird war.

I burst into the throne room, gasping for breath and one side sprayed with sap.

“Hornet,” I called. “The others are at Pine Grove. The attack’s already begun. I tried to hold them back, but once Ant got wind of it, there was no stopping them. We need your drones out there.”

Hornet rose from her throne, spindly legs heaving her body up off the seat. “This was not our agreement, Widow. You were to bring them here.”

“I tried. Listen to me, wasp, if you don’t get out there, there’s going to be nothing left to fight over. The birds will have won.”

The queen deliberated for a moment before turning to her lead guard. “Assemble the drones and head to Pine Grove.”

“Send everyone,” I added.

The drones leapt into action. Their buzzing wingbeats creating a deafening thrum that made the floor vibrate. They swarmed out of the hive until it was only the queen and I left.

“Now all that’s left to do is wait,” I said, handing her a drink from my flask. She downed it in one.

“I get first pick of the territories.”

“Of course,” I murmured.

Hornet swayed slightly, then stumbled to one side. I watched her eyes glaze over as the bee venom took effect.

I cut her off with a laugh. “There was no attack. Your drones aren’t coming back, Hornet. They just flew into a field of bird nests. They’re lunch now. Much like you.”

I looked around. “Birds can tear through spider silk. I needed somewhere new for my club. Somewhere more robust.” I walked around the chamber, imagining it hung with silk curtains, and a stage at the back for Cicada. The bar would fit nicely in one of those alcoves. And when Hornet’s children hatched, I would have a whole hive of workers. “Yes. I think this will do.”

Prompt: “She had a thorax like a freight train, and a waist like a flower stem, but I knew Queens were all the same. Trouble.”