For a bit of fun, I decided to make some Funko Pops of a few of my characters. If I had it my way I’d make one for every character, but that may be getting a bit ahead of myself.

These two are Maker and Ana, the main characters from my in-progress steampunk novel.

Maker is an inventor, who is often seen carrying screwdrivers and other such tools as he darts back and forth between projects (few of which he ever finishes). On his left hand he wears a mechanical gauntlet of his own design, which helps him compensate for an old injury.

Ana is a trained fighter who Maker employs as his bodyguard (although which of these two is really in charge is debatable). She fights with two carved wooden batons, which are capable of producing an electric charge to shock her opponents. 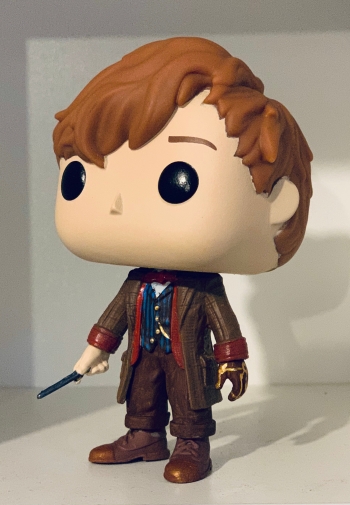 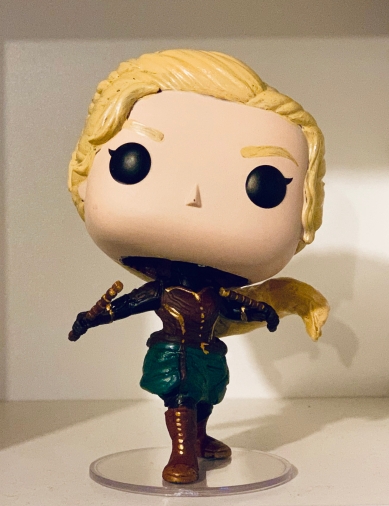 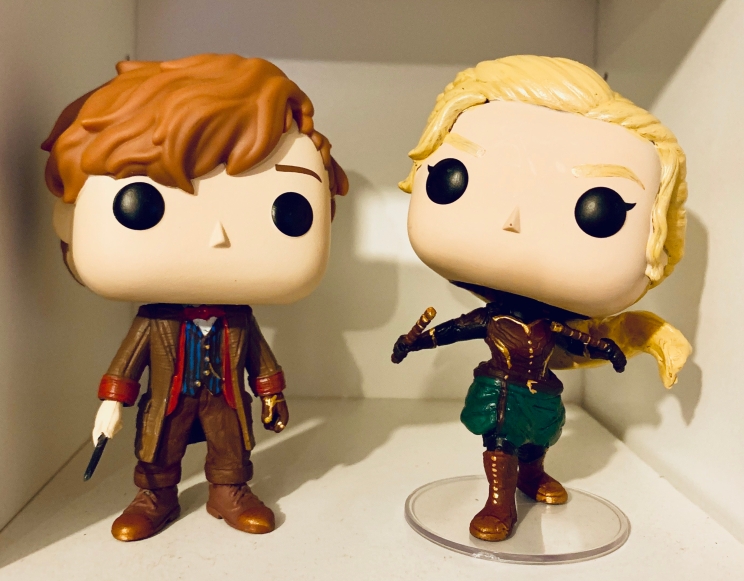 Finding a base model for Ana was almost impossible. I had such a clear vision of her in my mind that nothing outside of it would do. I actually ended up sculpting her skirt, belts and ponytail from mouldable plastic on top of the base, and then painting the whole thing.

All up, I’m pretty happy with how they turned out. They’re up on the bookcase now with the others, and I think they fit in quite well!