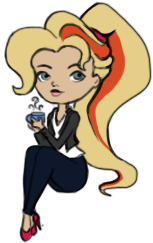 I mentioned earlier that the last few weeks had been creative ones. Costuming gave way to painting, which in turn gave way to toy-making. This is not something I had ever tried before, but a long, rainy weekend needed a project, and this is what my mind landed on.

I had just finished playing the game Bioshock Infinite. And those of you who are familiar with the game will already know the Songbird. If you don’t, Songbird is one of your adversaries. It is a giant mechanical bird-man, and it is heralded as the protector of the city. Throughout the game, you can see posters and soft-toy versions of the Songbird, and I decided to do what many others had already done, and make my own. This was the result.

I designed the pattern myself, as I had nothing to base it off. And it involved a lot of cutting out pieces of tissue paper, holding them up, then redrawing them and cutting out again.

His main body is dark brown velvet, with (fake) leather on the belly, head, feet, and wings. The wings also have wire in them to provide some shape. The beak is a wooden bead, which I cut in half and painted with nail varnish. The same colour went on the surrounds of the eyes. Stuffing pellets weigh down the bottom, nose, hands and feet, and the rest of him is soft, squishy pillow stuffing. Without a doubt, the most time consuming thing was the leather stitching, which required each hole to be pre-drilled before the leather cord could be threaded through.

Despite the large amount of effort that went into making him (more than I anticipated), I’m quite pleased with my little Songbird. I can’t say if I’ll be making any more toys soon, but I certainly had a lot of fun with this one. 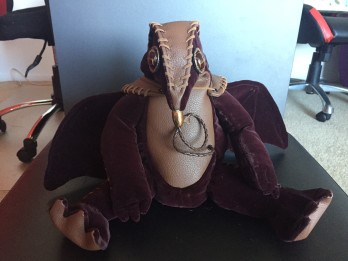 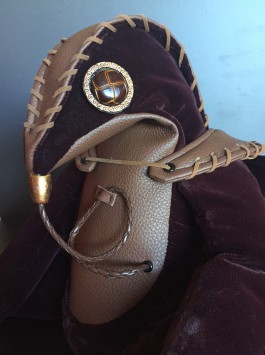 One thought on “Praise the Songbird”